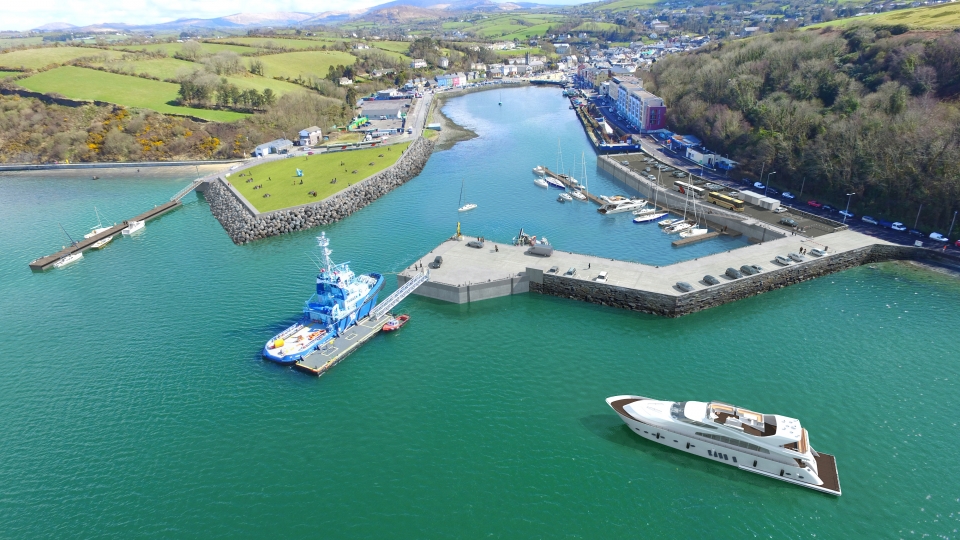 Brendan Keating CEO Bantry Bay Port Company and Port of Cork said “I’d like to pay particular thanks to BAM Construction and Malachy Walsh Consulting Engineers and our own port teams in Bantry and in Cork.”

He continued, “The Inner Harbour Development will provide improved access and facilities on the town pier, will support existing businesses and will promote and increase commercial activity in Bantry Harbour and Town.”